We are so proud of the girls and boys how took part. This really shows the hard work and constancy that is being show within their lessons at school. The determination in each child to compete, was shown in their enthusiasm and exercitment.

Rugby tournament went amazing with all the children having great fun and trying their hardest. The year 5/6 team came 6 place out of 10. After winning 1,drawing 2 and losing 1. The year 3/4 team came 4th place just missing out on 3rd place by one point.

Mr Marsh and Mrs Rock was super proud of how well both teams did.

Havant hockey club are putting on this free event that anyone can go to. It will be a good day with lots of things to do. 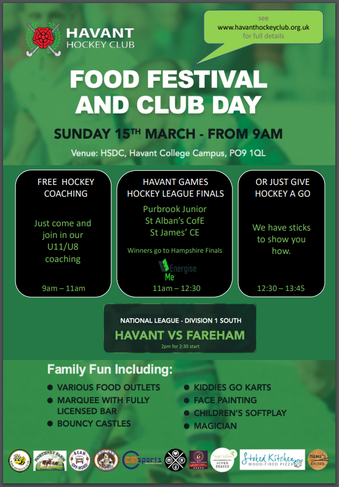 Our lunch and break times have developed lots over the last couple of years. We have children, trying new sports/equipment and getting to do things that they may not have the opportunity outside of school. Its unbelievable how fast the children pick up new skills

Year 6 are now doing zumba for the next 8 weeks, and already enjoying it. Zumba is a fitness program that combines Latin and international music with dance moves. Zumba routines incorporate interval training — alternating fast and slow rhythms — to help improve cardiovascular fitness.

I love seeing how disciplined and great the children are in karate. Karate is the perfect practice for getting the most out of life physically and mentally. The various self-defense techniques that you'll learn will help you develop physical strength and keep you body fit and flexible. Karate isn’t just for learning self-defense, it’s also great for your overall health and well being. 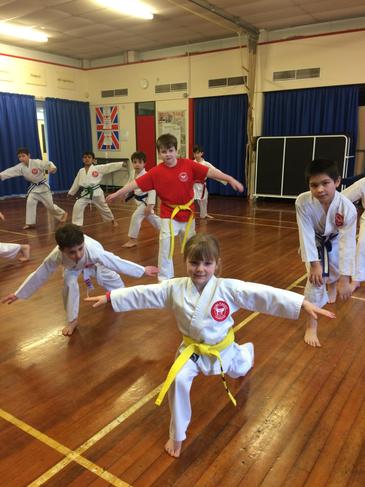 The nursery have started climbing and using the equipment. Holding different positions like; straight, tuck, star etc, on and around the equipment. This will make them feel more confident when using the apparatus.

Parent fitness has been amazing from the start of the year. We have had lots of new parents starting and we having lots of fun. We have a great workout that is suitable for everyone. If your interested in coming but would like to talk to someone, find Mr Marsh and ask any questions. 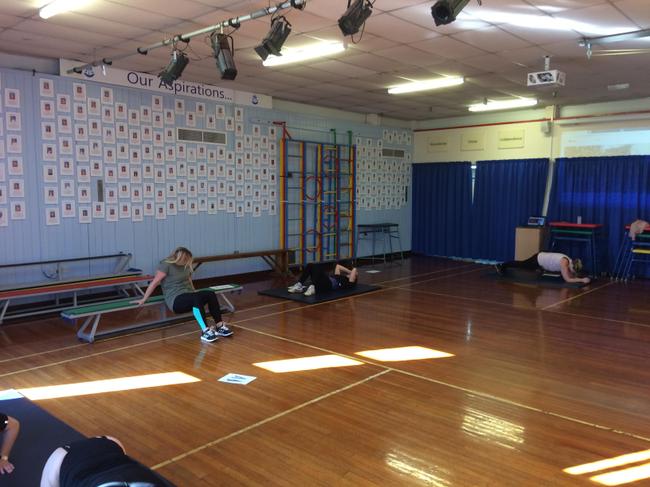 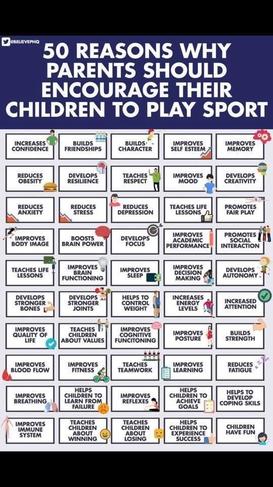 Its so important that children are active and try sports. I think this poster really sums it up.

We have had a great term when it comes to after school clubs. We have had lots of children try new things, enjoy playing with old and new friends. We will be adding new after school clubs next week with lots to choose from. You will be able to take part in Netball, Atheletics, Table Tennis and Mr Marsh will be running a Badminton club. Some of these clubs link in with the School Games Events Calender. So we will be competing with different schools. We also have lots of other clubs the children can try.

Mr Marsh has been taking PE lessons with the lovely pre school. We have been playing ball and target games. The little ones love to run around and we can't wait for the next session after Christmas break. 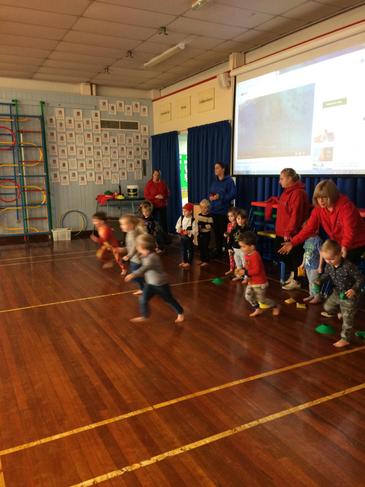 We are adding a after school club for the girls Football team, this is so we can improve are skills for the next time we face a different school. This club will be run on a Tuesday, starting Tuesday 12th November  ⚽️ ⚽️ ⚽️

We are so proud of our girls football team! They played their first game against a well organised Copnor School! Coming back from 2-0 at half time to 3-2 until the very last second when they conceded a goal taking the game to penalties and eventually losing! The girls played incredibly well in front of a large audience who watched on in great anticipation the whole game! ⚽️ Well done to Copnor on their win! 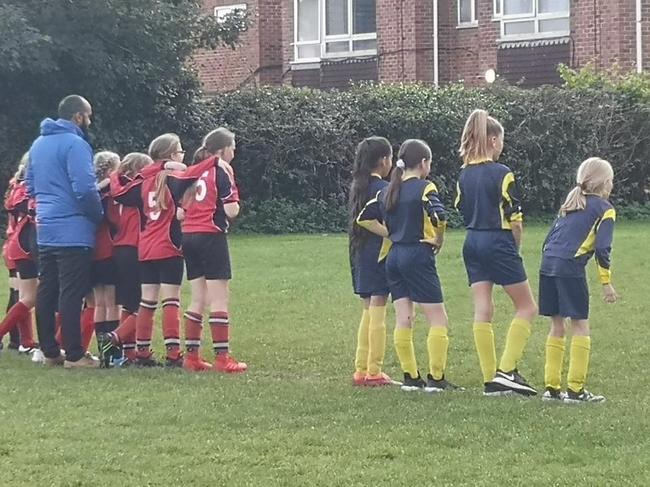 We played the first football match of the year against Beacon View. As a team we played well. We passed the ball around well but we struggled with finishing. Sadly we lost the game but the children were happy with the way they played. We will be practising a lot in the football after school club, at break and lunch too.

The children have also been focusing on Athletics in their PE lessons. We have talked about running different distances and how you need to vary your pace to keep your energy. We have practised running short and long distances and seen how it effects their bodies.

We are continuing with gymnastics in our PE lesson. We are taking our balancing from the ground to the apparatus. The children are trying different shapes on the equipment and finding different ways of travelling around the equipment. Year 3 our focusing on solo and partner balances this week. They love working with each other and I love seeing them working as a team to improve movment and developing their strength.

We are back swimming and this time with year 6. This year we have decided to do the whole year group in one morning. This is better for the children as it's more consistent and the children will have double the lessons than last year. Year 6 love going swimming and its great seeing them improve.

Welcome back with Gymnastics

Everyone is settled back into school amazingly and we are kicking off the year with gymnastics. This week we are focusing on balance and the children have been really resilient. We are looking forward to developing these skills throughout the term.

Another fantastic Sport day at Bidbury Junior School. We had the non-competitive morning where children went round a carousel in their house teams doing all the different events. E.g. Egg and Spoon, Shuttle Run, Off To The Beach and many more.

Then we had all the parents joining in with our parent vs staff races, parent vs parent, parents with children races, as well as our big tug of war.

After lunch all the years stayed on the field and cheered on the competitive races. Everyone took part in the races with the 1st and 2nd place going through to the final. 3rd and 4th then went on to the relay race.

Everyone one had a great day and we can't wait for sports day next year!

Thank you to everyone who was able to join us on the day.

We've got GOLD! Massive well done to everyone who helped push forward PE this year. As a school we have gone from not having a School Games Mark. Skipping Bronze and silver heading straight to the top. Sports day is at the front of everyone's mind. We have been finding the children that are the fastest in the year and we have been racing the whole year together. The top 6 will be racing at sports day. We have been practicing the morning stations in well-being lessons and getting them ready for the fun of Sport day.

What an amazing cricket tournament! Bidbury played four games won two and lost two :) They all loved it and found a new love for cricket. Lots of sixes and fours! Can’t wait for the cricket league coming up.

This week it was out for a football tournament. We took a mix of children that play football for clubs and children who don’t play for clubs and just wanted to give it a try. They all had a great time and we even won a couple of games :) Well done all that played and helped.

Year 3 and 4 were out again this week with a tag rugby tournament. We haven't had much practice as a team but all the boys and girls were really resilient and worked so hard. They all really loved playing and can't wait to go out again.

Some of our year 3 and 4's went to Denmead Tennis Club to compete in a mini tennis tournament. We took 2 teams and in each team we had 4 played (mixed with 2 boys and 2 girls). The teams worked together to get point by winning their matches. Everyone had a great time and we can't wait to do it again.

Zumba is now in year 6 :) They are enjoying the fast paced activity and performing the routines. 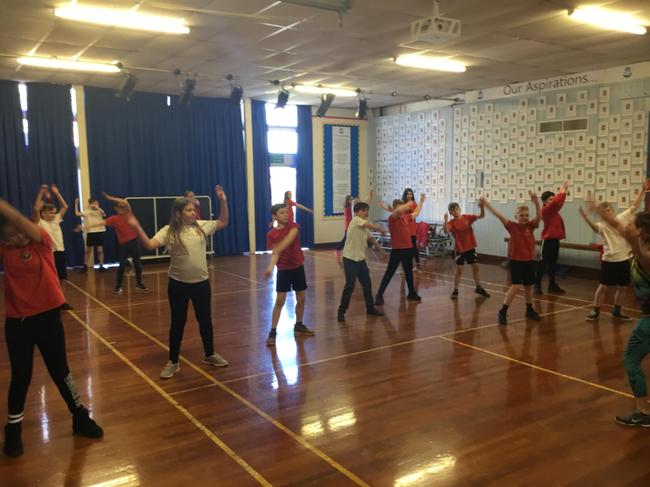 The Netball team had an tournament with other local schools. They did an amazing job and won two games and draw one. They loved playing as a team and can't wait to play again soon.

We took some children to a Multi Balls Skills event. They practised lots of ball skills and target games. They all loved the time out and enjoyed competing against other schools.

Just before half term we took 10 children out to represent our school in a Badminton Tournament. All the children had fun and we played schools from the local area. We haven't been playing Badminton long but it was the same for all the other schools. They were very resilience and made the school proud.

Last week we took a group of mixed year 5 and year 6 children to a table tennis tournament in Admiral Lord Nelson School Portsmouth. All the children did their best up against some very tough competition. Everyone played against someone from a different school and had great fun.

Golden Cone Trip to the Park

The race is back on for the end of term PE trip. Last term Willow class were the winners and spent the morning at Bidbury Park last Tuesday as their reward. They had an amazing time going on the swings, going down the slid and playing together. They had such a great time they didn't want to come back to school. 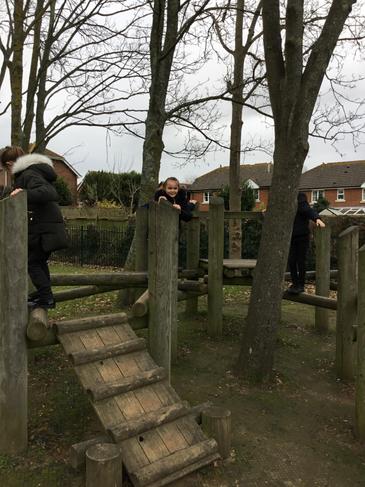 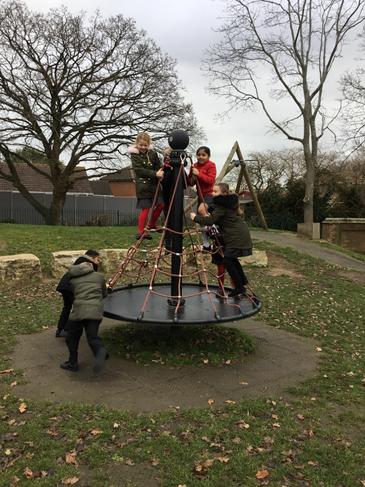 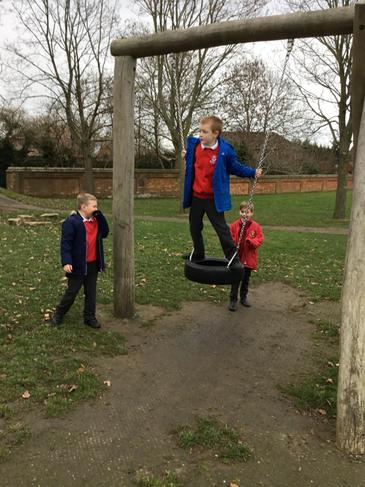 It was the first week of year 5 (Rowan) going swimming. This week we sorted the groups into the correct abilities and tested to see who was able to swim 25 metres. They used different types of strokes, including front crawl and back crawl. We also tested to see who could do a mushroom float and star float. We look forward to talking Oak, this coming week. 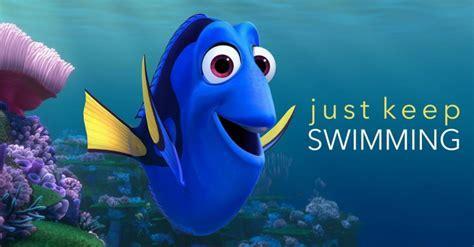